Sensational Home Built On A Budget With Discarded Shipping Containers

Gabriela Calvo and Marco Peralta had a dream of living debt-free on their property outside of San Jose, Costa Rica, where they could be near their horses and enjoy nature. The couple, on a tight budget of just $40,000, considered using discarded shipping containers as the framework for their home to save money. Unsure how to proceed with their ideas, they approached architect Benjamin Garcia Saxe, of Studio Saxe, who turned their vision into a beautiful reality.

Looking at the two ordinary 40-foot containers that were used as the starting point of this home, it’s hard to imagine the beauty they would become. The containers were trucked in to the future home’s location and set staggered beside each other atop concrete foundation pillars. They were spaced apart with a roof built over the center to create some additional open space and square footage within the home. 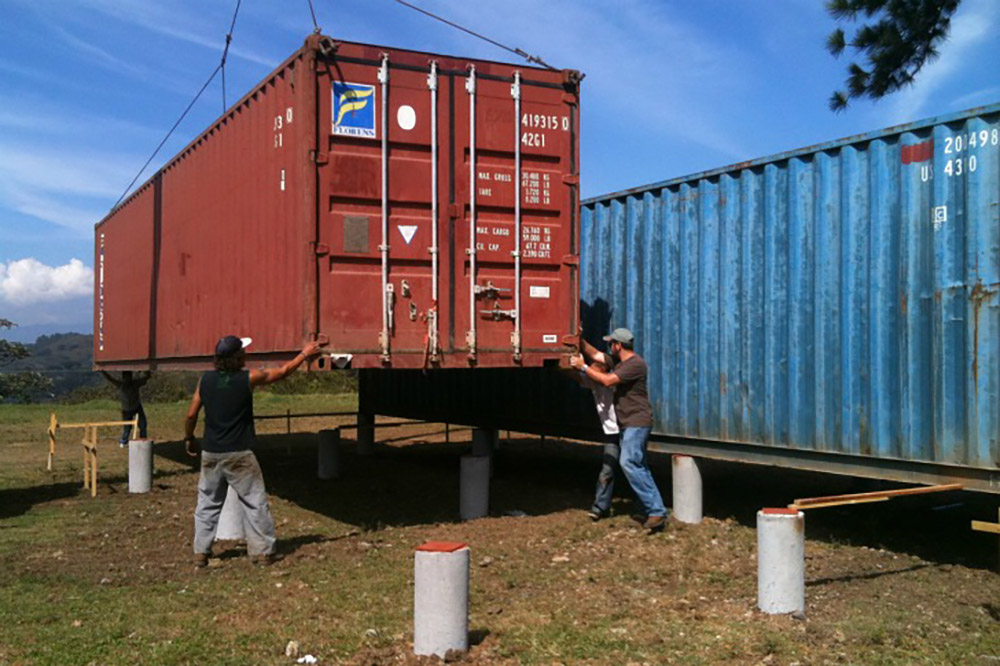 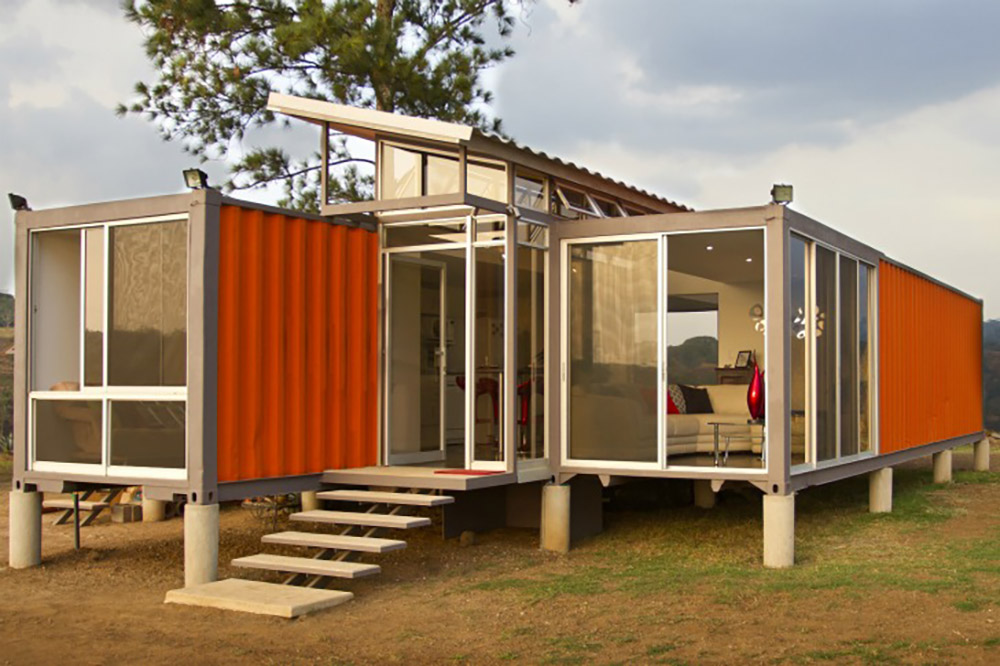 After the containers were anchored in place, large windows and doors were cut out of the walls and ends to open the home to the views of the surrounding landscape and to provide natural daytime lighting. The windows and the staggered placement of the home give the owners unobstructed views of both the sunrise and sunset each day. 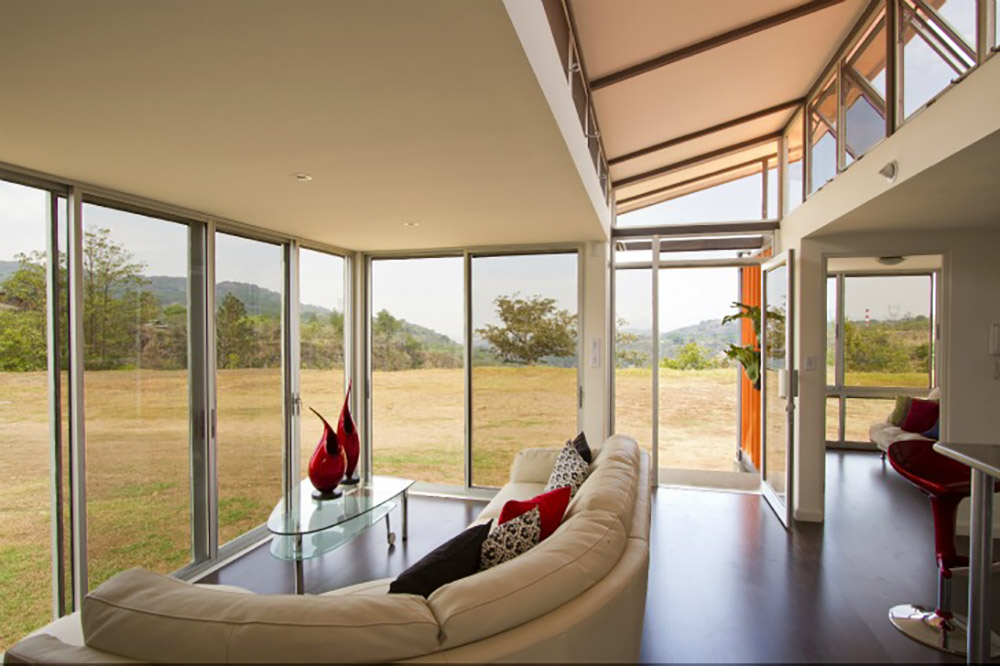 It was important for me to provide them with the sunrise, the sunset, the spectacular views, and overall try and create a feeling of comfort and home. – Benjamin Garcia Saxe

The container’s interior walls were insulated and given a clean, white finish. Wood floors and beautiful, modern furnishings lend the home a level of opulence you would never expect to find within recycled steel containers. 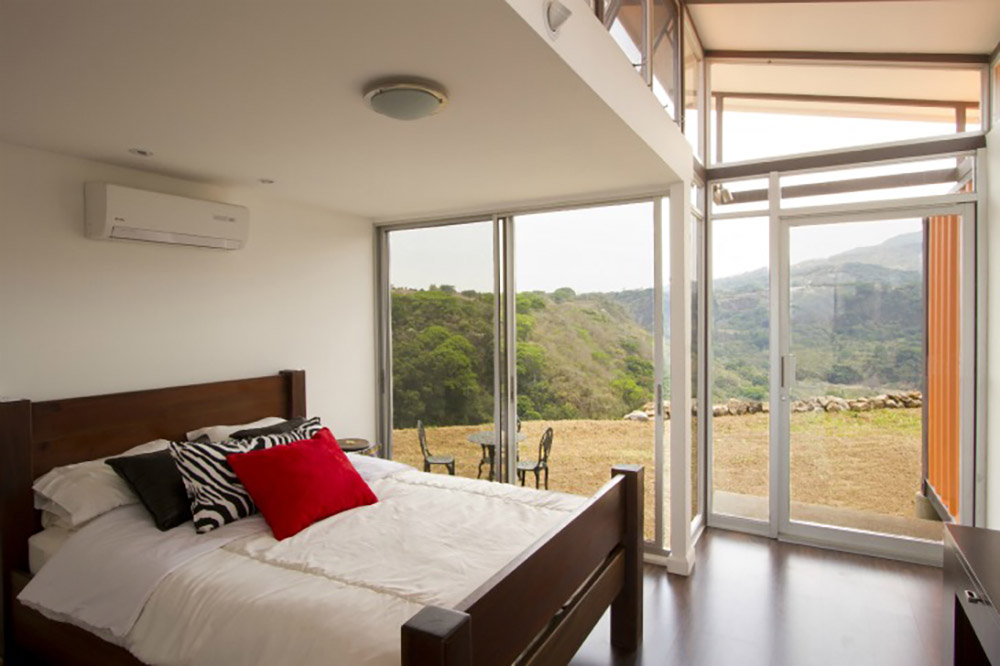 The roof over the middle section of the home utilizes the metal cut from the sides of the containers for the windows. The roof is strategically slanted to provide cross-ventilation that, surprisingly, eliminates the need for cooling the home with air conditioning. 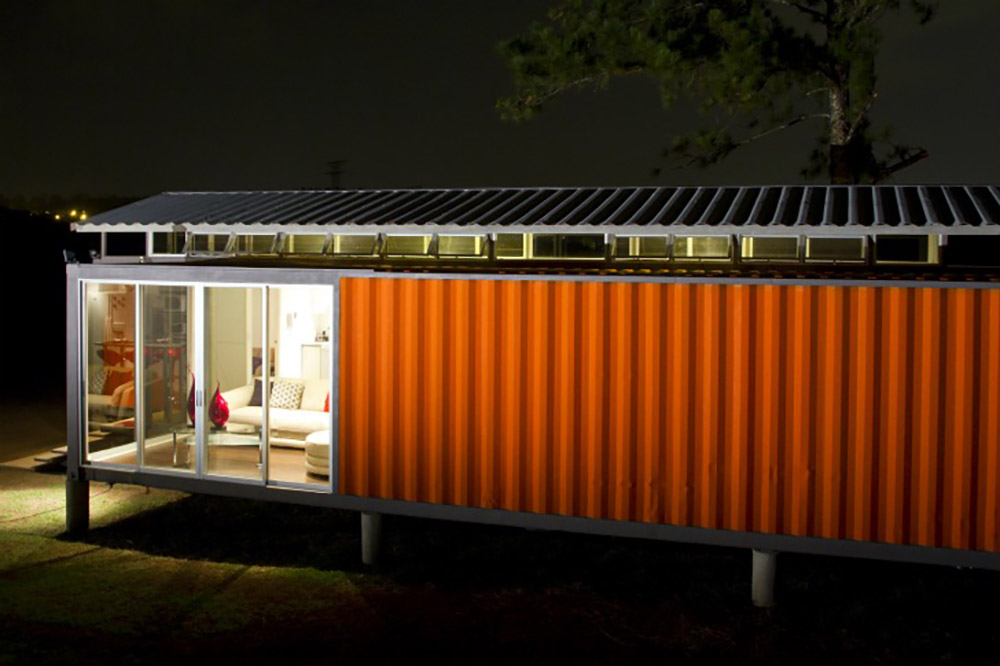 Perhaps this project begins to expose the importance of design as a tool to provide beauty and comfort with a very low budget in the 21st century, whilst using creativity to not only redefine a scrap material such a disused shipping container, but perhaps to even show that there are viable, low cost, passive alternatives of temperature control to adapt to a very intense tropical climate. -Benjamin Garcia Saxe 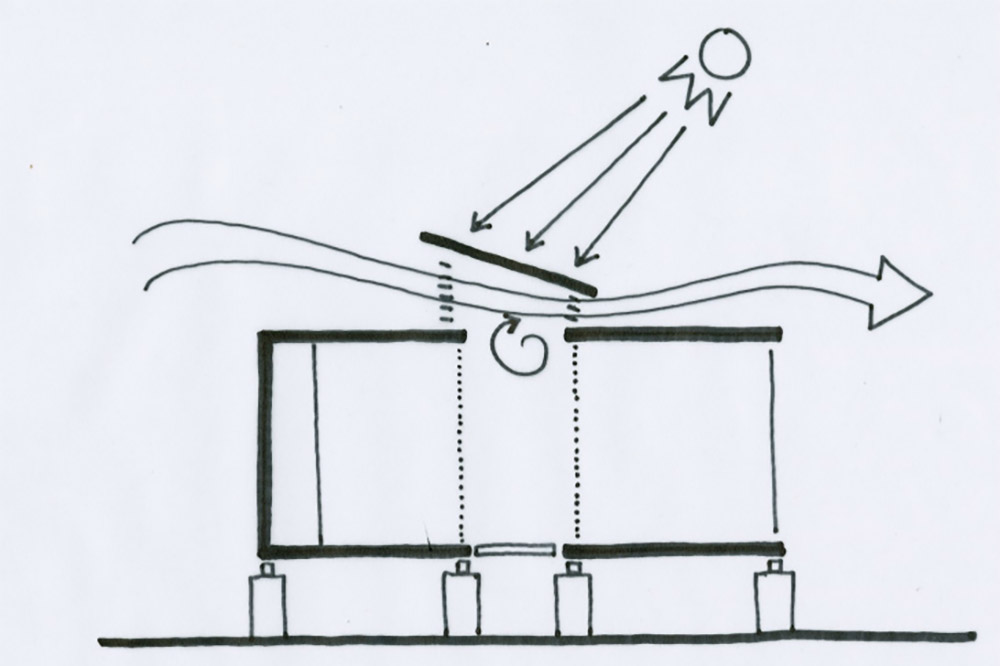 The Containers of Hope project was an experiment for both client and architect but it paid off and has become an internationally-renowned example of the creative beautiful design using shipping containers.

Saxe sees this project as opening a door for alternative housing options in developing countries where containers are often discarded, and for first time homebuyers who may not be able to afford a traditional home.

This is a beautiful representation of a shipping container home, showing you really can have luxury living on a budget. Visit Studio Saxe to read more about this home and see the many other projects created by the Saxe team.

Via Inhabitat and Architizer