What Is Powdery Mildew And How Can You Prevent Or Treat It? - Homesteading Alliance

What is Powdery Mildew and How Can You Prevent or Treat It?

Have you ever walked in your garden and were surprised to see your plants covered with powdered sugar?

If you’ve ever experienced this, the chances are that you have just encountered powdery mildew. It can wreak havoc on your garden if left untreated.

For that reason, it is important to understand what powdery mildew is, what causes it, how to prevent it, how to treat it, and which plants are most susceptible.

If you want to know more about these answers, you’re in the right place because I’m going to fill you in. Here’s what you should be aware of when it comes to powdery mildew:

What is Powdery Mildew? 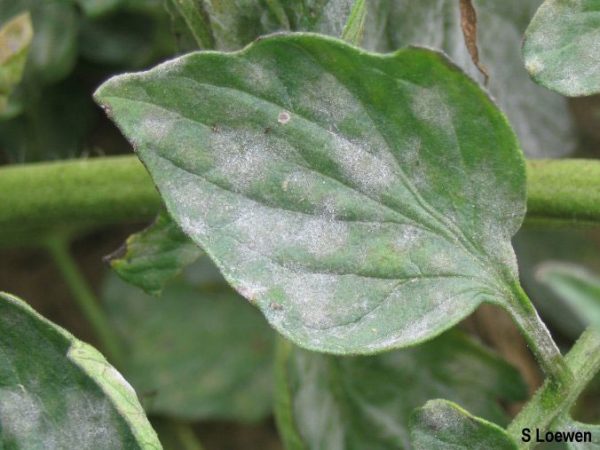 Powdery mildew is a fungus which appears on the leaves of plants. It is different from many funguses because it doesn’t need moisture to thrive on plants.

But because it’s a fungus, it’s made up of spores which fly through the air due to wind and land on other plants, making it highly contagious.

Powdery mildew can slow plant growth, disturb the plant’s overall health, and can kill your plants in worst cases.

You’ll be able to recognize powdery mildew on your plants because it looks as though your plants have been dousing with flour or powdered sugar. The leaves of the plant will be covered in a white coating which may begin as small, white circular spots.

It’s common for powdery mildew to attack older leaves on the plant first. If you notice the white coating and leaves beginning to look yellow and dried in appearance, it’s a safe assumption that your plant has powdery mildew.

Also, powdery mildew most commonly exists in the earlier or later parts of the growing season when temperatures aren’t extremely hot because it thrives in temperatures between 60-80 degrees Fahrenheit.

Powdery mildew also thrives in shady locations as well. Once the fungus takes over the leaves of the plant, it’s common to see it attached to the blooms and other areas of the plant as well.

Any number of things can cause powdery mildew. Some of these things are:

There’s a reason why it’s recommended to plant your garden in full sun. Not only does it give your plants the necessary sunlight they need to grow properly, but it also helps protect them from certain diseases.

Sunlight will keep your plants drier and create less of an opportunity for powdery mildew to form. If you have plants which must be planted in shady locations, be hyper-aware of powdery mildew.

The earlier you treat the disease, the better chance your plants have for thriving.

When air can’t circulate through the plants, it creates a breeding ground for powdery mildew. It’s important to make sure air can travel between plants and through each plant.

Air flow will allow water to dry faster after watering. You want this to happen to ensure mildew doesn’t have a place to form and breed. 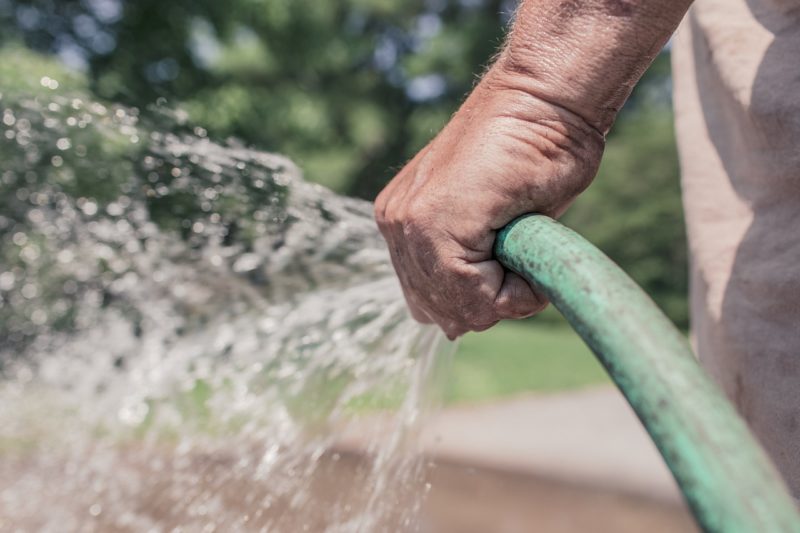 Finally, powdery mildew loves high temperatures and high humidity. Greenhouse plants will be more susceptible to powdery mildew, more so than indoor plants, or plants growing outdoors because of the increase in moisture in a greenhouse.

Which is why proper watering techniques and adequate air flow can help to keep powdery mildew in check before it takes over your garden.

Which Plants Can Get Powdery Mildew? 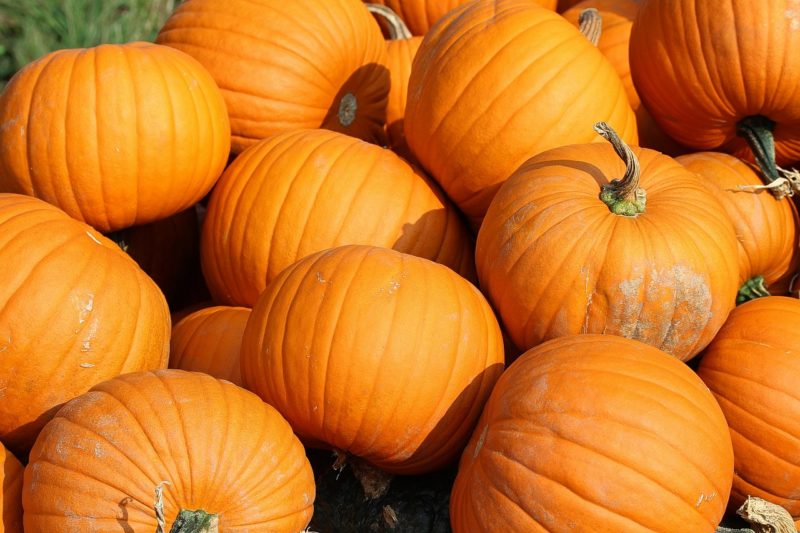 Plants such as cantaloupe, cucumbers, melons, peas, pumpkins, and squash seem to contract powdery mildew easier because they grow into bigger plants with bigger leaves.

The leaves can sometimes block airflow and can be difficult to create much space between the plants. If you put all of these characteristics together, you create a breeding ground for powdery mildew.

But again, powdery mildew can form on other plants as well. These particular plants are some which seem to have an easier time contracting it.

How to Prevent Powdery Mildew 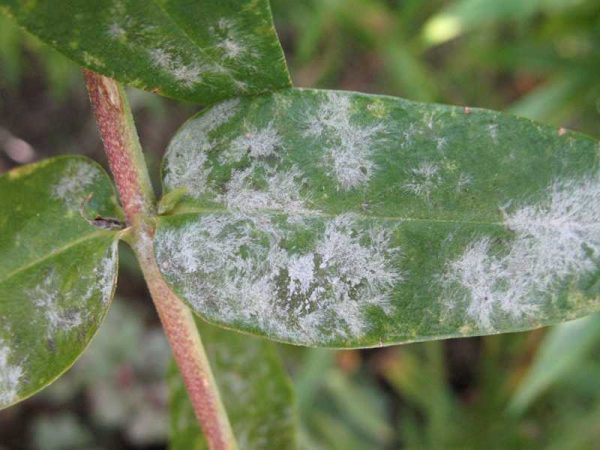 How you water your garden can make all the difference in how well it thrives. For instance, powdery mildew loves high temperatures and high humidity.

With this in mind, it’s a good idea to try and water your garden from below instead of overhead. When you spray water over the garden, it creates more humidity. The higher the humidity, the greater the opportunity for powdery mildew.

Also, try to water your garden earlier in the day to give the plants time to dry before nightfall. If you can’t water first thing in the morning, try to water in the early evening before the sun sets to give enough dry time.

Pruning your garden may sound funny to some, but it could save you a great deal of hassle in the long run. Cutting larger plants back to create space within the plant itself and between the plants is a great way to increase airflow in your garden.

When air can get in between each plant and also flow through each plant, this helps to dry any moisture which may be trapped inside the plant. This also decreases the risk of powdery mildew too.

Fungicides are how you go about treating a fungus. If you’d like to prevent a fungus, applying a fungicide to your garden before the appearance of fungus is a great way to deter it.

Be sure to follow the instructions on the fungicide for proper application and frequency. If you apply a remedy before the ailment, theoretically it should help keep the problem at bay.

When you water your plants or when it rains, water splashes on the soil beneath the plant and onto the plant.

This is a way in which powdery mildew spores get splashed onto the plant. Mulching around the base of the plant can help prevent this issue and keep powdery mildew off your plants too. 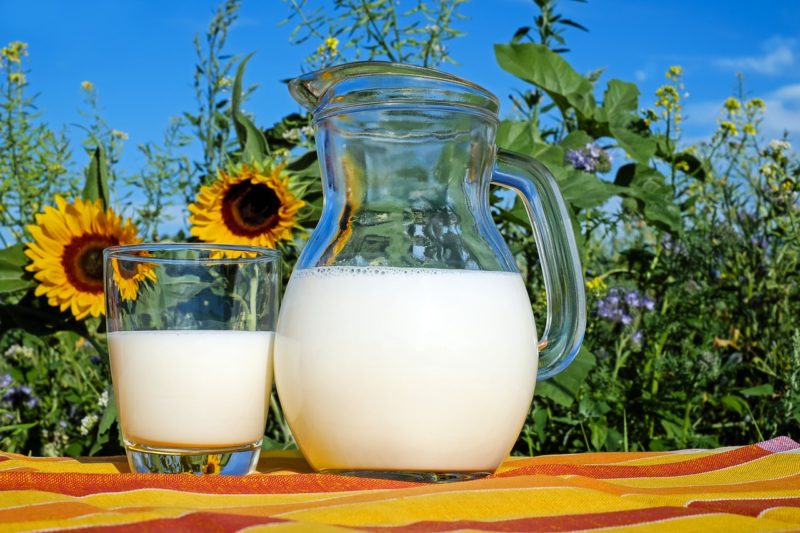 Some say using a mixture of 40% milk and 60% water is a great way of treating powdery mildew. However, others say spraying the same mixture on plants is a great way to prevent it in the first place.

It’s thought that the milk or whey raise the pH level on the leaves of plants. This is believed to make the plants more immune to powdery mildew.

When you have compost, there’s a liquid which drains out of the compost barrel, often called compost tea. You can catch it and apply it to your plants.

Compost tea is a great preventative of powdery mildew. It’s thought to increase the plant's immune system and helps fight off fungus.

One of the best things you can do in your garden is practice companion planting. As mentioned before, some plants are highly susceptible to powdery mildew.

However, if you place plants which are more resistant next to a plant which is susceptible, you’re helping to protect the weaker plant.

Finally, if you have larger plants which could flop over or sprawl out, staking them is a good idea. If you allow these plants to flop or sprawl, they won’t get proper airflow.

However, if you stake them, it helps to increase airflow all over the plant. Staking helps with keeping air moving and the plants drier because of it.

How to Treat Powdery Mildew 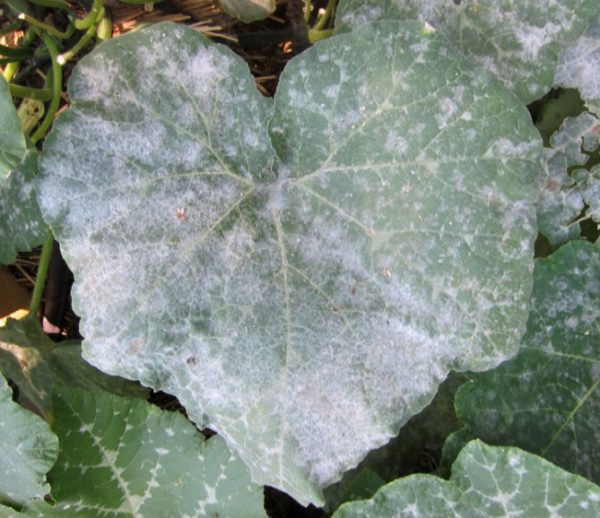 If you look outside and it appears as though someone tossed flour on your garden, prevention might be too late.

Instead, you’ll need to know how you’re going to treat your garden for powdery mildew. Here are a few tips:

1. Rub the Leaves Together

When you see the spores pop up on your plants, it’s a good idea to rub the leaves together. This will rub the spores off the plants and stop the spreading on the particular plant you’re working on.

It may not seem overly complicated, but if you catch powdery mildew early on, this could be a simple but effective solution.

If you notice multiple plants in your garden have been impacted by powdery mildew and the leaves are beginning to look dry and discolored, it may be time to take more drastic steps.

In this case, it’s a good idea to remove the infected parts of the plant. If individual plants appear to be beyond help, remove the entire plant.

However, when removing these parts or whole plants, don’t compost them. The fungus will spread in your compost.

Instead, destroy the parts of the plants to make sure the fungus doesn’t spread any further.

Fungicide as a great choice for treating powdery mildew. Be sure to choose fungicides such as potassium bicarbonate, sulfur, lime-sulfur, or neem oil.

They each have qualities which can quickly and effectively treat powdery mildew.

After you’ve applied any of the above treatments, begin practicing some of the powdery mildew preventatives.

Applying the preventatives during treatment could help clear the problem up a little faster and stop it from returning.

Well, you now know what powdery mildew is, what can cause it, how to prevent it, how to treat it, and which plants are most prone to it.

Hopefully, this information will help you to spot powdery mildew early on and feel confident in treatment, or help you to prevent this problem in your garden altogether.